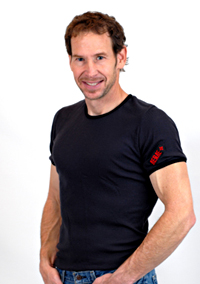 Launched in 2000, TrainingForClimbing.com is the original—and most visited—climbing performance Web site. This site is owned and edited by Eric J. Hörst (pronounced “Hurst”), an internationally renowned author, researcher, climbing coach, and accomplished climber of more than 40 years.

A student and teacher of climbing performance, Eric has coached hundreds of climbers, and his climbing books and innovative training concepts have spread to climbers in more than 50 countries. Eric is author of eight books (with many foreign translations) with worldwide sales of over 400,000 copies. His best-selling book Training For Climbing, now in its third edition, has sold more than 175,000 copies, and it is used by climbers around the world to help guide their training. Eric’s other popular texts include Maximum Climbing, The Rock Climber’s Exercise Guide,  How to Climb 5.12, and the gym climbing book Learning to Climb Indoors.

A self-professed “climber for life”, Eric remains active at the cliffs, traveling widely with his wife, Lisa, and sons, Cameron and Jonathan (both of whom climbed 5.14a/8b+ at age 11). Driven by his passion for adventure and challenge, he has established over 400 first ascents, primarily on his home cliffs in the Eastern states. Still pushing his personal climbing limits at age 56, Eric’s focus is now on R & D of new training techniques, traveling and sharing his knowledge with new climbers, and coaching the next generation of elite climbers. In December 2018, Eric founded PhysiVāntage—research-based supplements for climbers. Learn more at www.PhysiVantage.com.